The acclaimed Iron Chef, Marc Forgione uses an interesting recipe to make the mornings of his three-year-old child fun. The young chef understands the power of good branding, and nearly every morning, he makes his three-year-old son Sonny a unique frittata breakfast. He follows a simple, healthy recipe that’s easy to prepare and can be used as a vessel for leftover vegetables. Forgione also wanted to make it a bit more special and exciting to a toddler, so he cut it into triangle slices and called it Eggy Pizza. 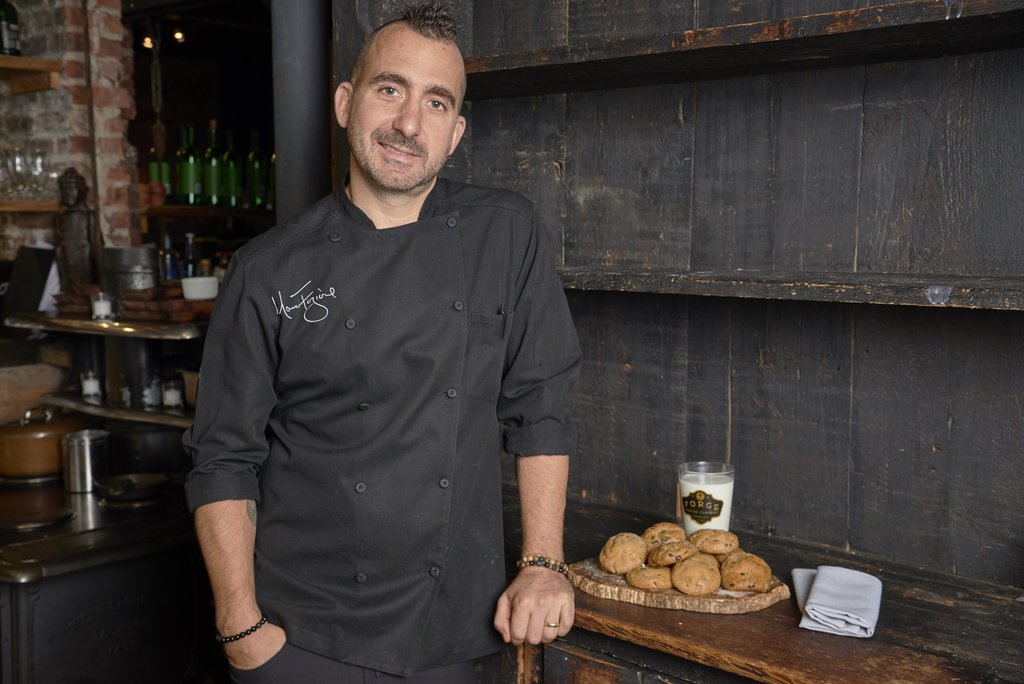 According to Forgione, Eggy Pizza is a perfect example of taking a mundane breakfast and making it more playful. According to him, he sometimes uses zucchini and sometimes tomatoes, and sometimes even puts broccoli and onions, as well as other vegetables from dinner the day before. He has also shared that Sonny would get excited about the Eggy Pizza every time. Whether he would cook for customers or his child, Forgione tries to follow the same principles.

Forgione Invented the Eggy Pizza When Making Breakfast for Sonny 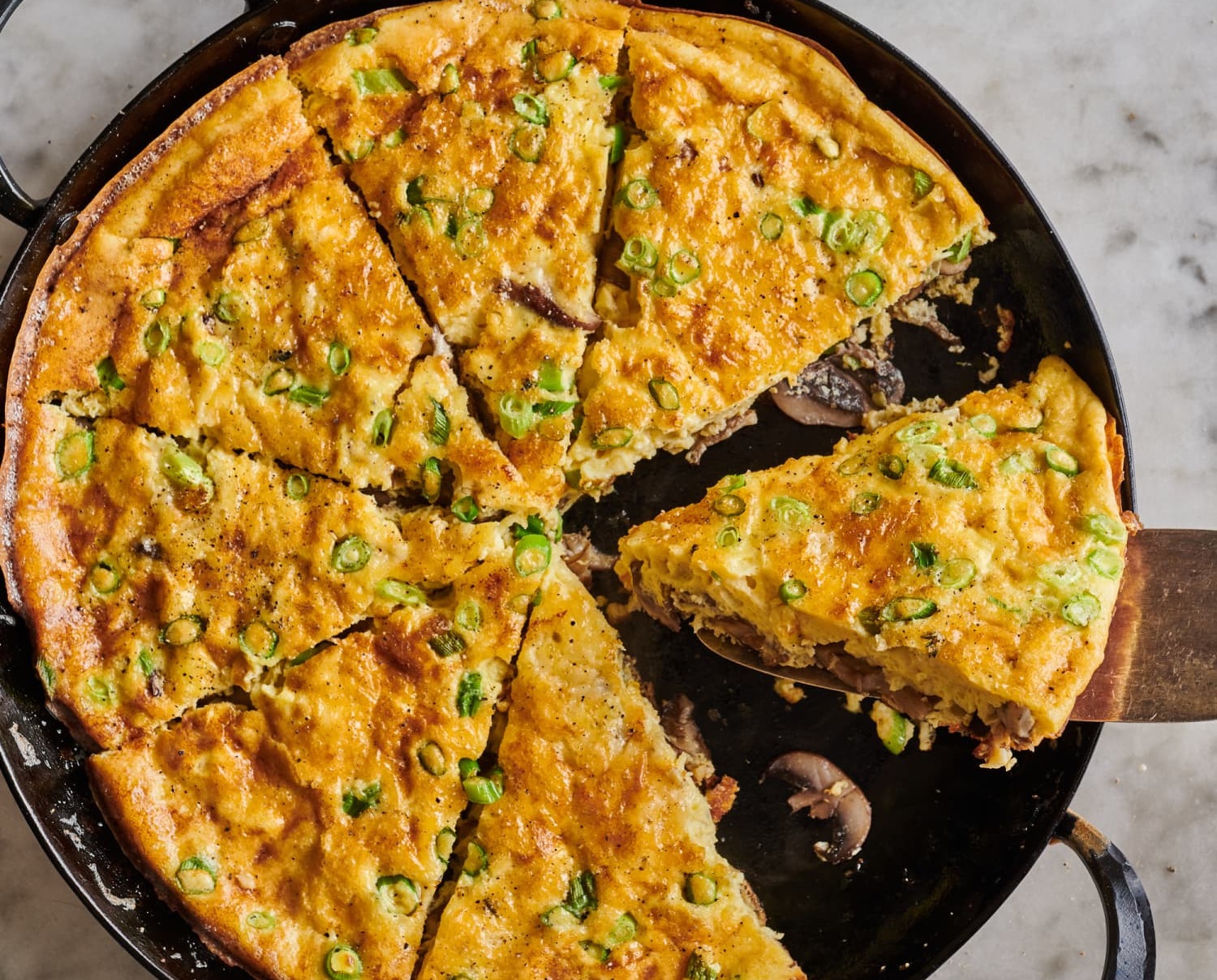 Playfulness was always a definitive trait of Forgione’s cooking. Being the son of legendary chef Larry Forgione, he started working in kitchens at 16 and opened his restaurant, Marc Forgione, at 29. He then became the youngest American chef to get consecutive Michelin stars. Today, he is also the owner of American Cut steakhouse and the youngest person to ever receive the title of Iron Chef. Recently, he got handed the keys to the celebrated rustic Italian restaurant Peasant and devised the Eggy Pizza while making its new menu. Apparently, he got the idea one morning when he was making breakfast for Sonny.

Making Breakfast for Sonny Has Become Like a Ritual for Forgione 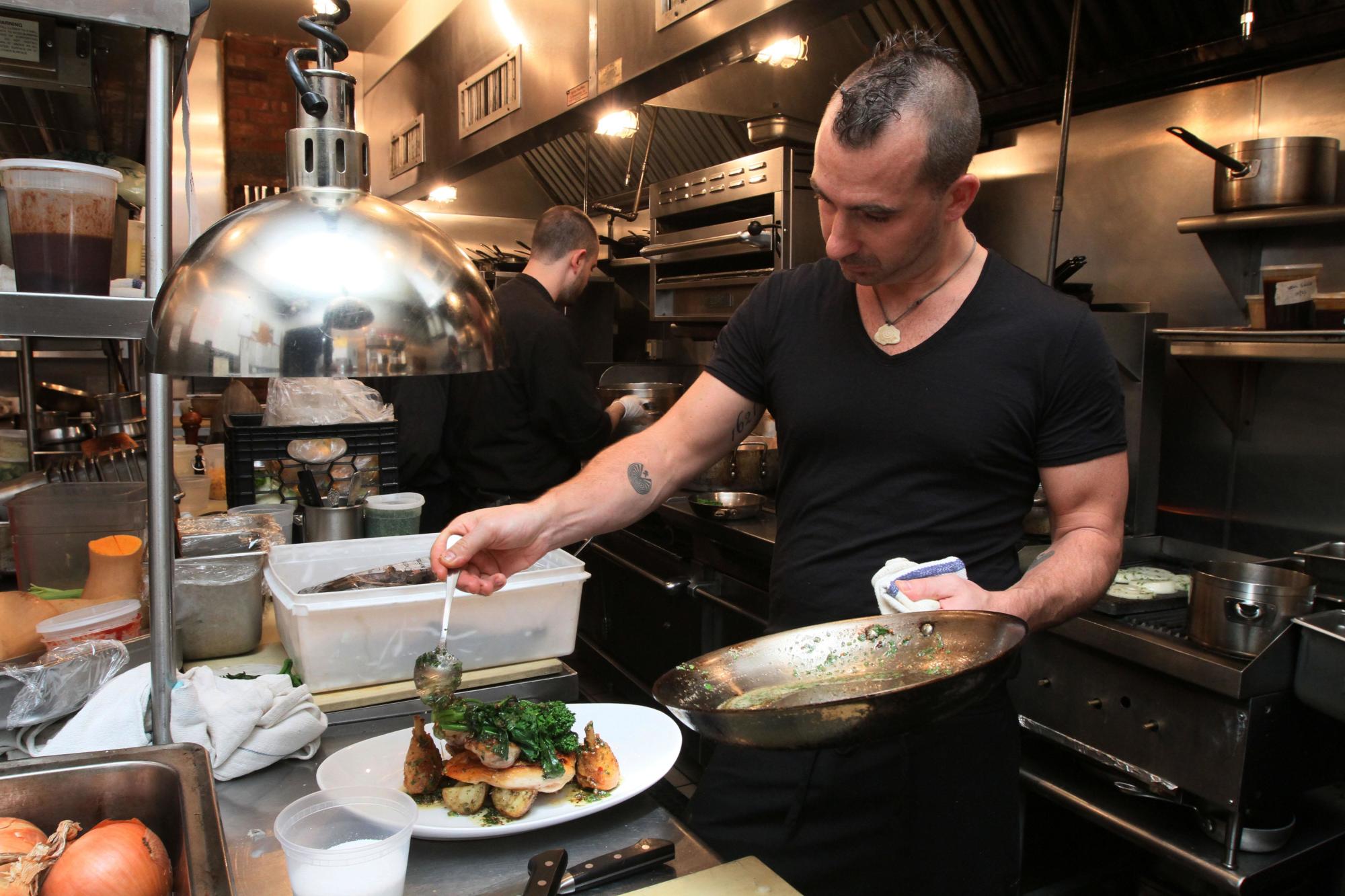 Making the Eggy Pizza breakfast is crucial for Forgione and his relationship with his family. His demanding schedule usually means that he’s rarely home for dinner, so breakfast represents his prized father-son time. According to Forgione, the ritual of preparing the dish helps him ground himself at the moment. He also says he was lucky that Sonny’s always been an eater, so convincing him to take bites of his father’s meals was never a difficult task. For parents who do not feel very confident in the kitchen, Forgione has some advice, and that is to start with something simple. For him, the Eggy Pizza is a perfect example because making it doesn’t require the skills of a professional chef. Still, he emphasizes that taking a moment to sit down and eat with the kids is something they would definitely appreciate and bring the whole family together.

The Son of Sergio Aguero Has a Different Favorite Striker

Manchester City star Sergio Aguero has had many interesting moments during the last three months. ...

Five Ways to Truly Prevent Hair Loss That Anyone Can Try

An increasing number of men are dealing with different stages of hair loss. While there are a ton ...

There is no shame in investing in brand-new, comfortable clothing. True, the last two years have ...